An excavator was seen digging on the Evros river bed on the Turkish side, probably preparing a ramp to slip boats into the river

As tension continues to rise the border with Evros, the increasingly obvious active involvement of the Turkish forces concerns Athens.

They are no longer limited to arming migrants with tear gas grenades or wire-cutters, they are taking part in the hostilities against the Greek security forces.

Last night, a Turkish armored vehicle attempted to tear down part of the fence, something that represents a “quality upgrade” of their provocations, indicative of Ankara’s intentions.

What is ironic, however, and underscores the failed strategy of the EU to appease Turkey, is the fact that the vehicle used for this action was a Turkish-made Hizir/Ates armoured vehicle that was bought with EU funds as part of the agreement with Turkey to contain the migrant flows to Europe…

The vehicles were delivered to the Turkish security forces between May and August 2019. 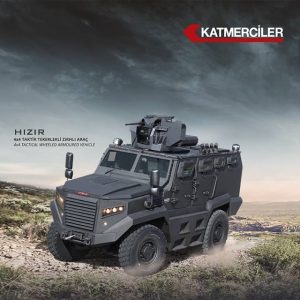 In an another video released by protothema.gr an excavator can be seen digging on the Evros river bed on the Turkish side of the border.

It is not possible to specify exactly what the Turks are constructing, but it seems that they are preparing some kind of ramp to slip boats into the river.

It should be noted that less than 48 hours ago, Turkish Interior Minister Suleyman Soylu, visiting Adrianople, announced that 1.000 men from the Turkish Gendarmarie Special Forces were arriving to the Evros area immediately -perhaps even today- with all their equipment which include river boats.

The work of Turkish excavators may be to prepare the ramp to facilitate the launching of the inflatable boats into Evros river. 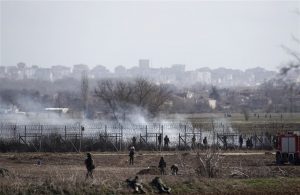 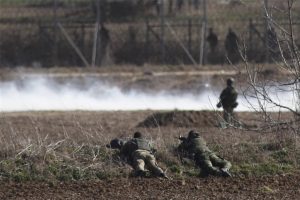 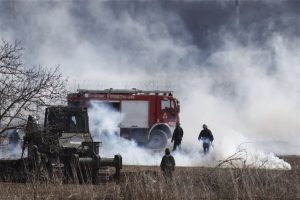 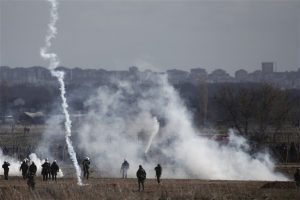 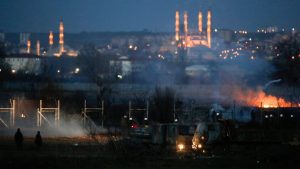